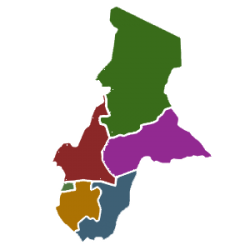 THE FINANCIAL MARKET IN THE CEMAC AREA: WHAT FUTURE?

Chairman of the Board of Directors

The Financial Market is a meeting point and a geographical or virtual confrontation between the demand for and supply of long-term capital for private or public securities (financial assets and their derivatives), within the framework of regulated and organised or over-the-counter investment services, which are generally referred to as a Stock Exchange. It is from this Financial Market that States call upon for the financing of their medium- and long-term investment needs in the event of shortfalls in budgetary revenues, which is generally the case.

The same applies to private and public companies that use this alternative financing method for heavy investments for which banks cannot provide financial coverage due to a lack of long-term resources.

The financial market therefore appears to be an innovative financing method that can “boost” growth, create jobs and, better still, fight poverty.

What is the future of the financial market in the CEMAC zone ?

This is the theme I will develop before you tonight.

A – Basis Data on CEMAC

1 – Some Statistics on CEMAC

49.3 million inhabitants (including 24 ms for Cameroon)

2 – Turbulence in the CEMAC Area

A sharp drop in the price of a barrel of oil

A serious dependence on oil

On average, oil accounts for more than 75% of the export earnings of CEMAC member countries, with the exception of Cameroon:

How did it come to this?

With the exception of Cameroon, the CEMAC countries have predominantly oil-based economies. The drastic drop in the price of oil has therefore hit them hard and weighed heavily on their foreign exchange reserves.

The observation was severe:

The foreign exchange reserves of the CEMAC Zone no longer covered the three statutory months of imports.

The Central African CFA Franc came close to devaluation. If it had been, it would have been the only one, with the Uemoa Zone maintaining its parity against the Euro, with a growth rate of over 6%.

Very opportunely, it was therefore narrowly saved, following the commitments of the Heads of State of CEMAC to do everything possible to recover the economies of the Sub-Region.

In fact, in exchange for the non-devaluation, the CEMAC countries had to agree to return to the IMF’s tailpipes, i.e. under this well-known regime called “structural adjustment”, with the exception that it is each country that negotiates its programme with the Fund, and no longer the whole Area.

Slight improvement in exchange rates. However, significant efforts will have to be made to get CEMAC out of this turbulent area.

Presidential elections in Cameroon in October 2018:

This is the situation in the CEMAC Zone.

Under these conditions, would the Financial Market have been the other mode of financing that could have mitigated this depressurization of the CEMAC Zone and what is its future ?

B – The Coexistance of the Two Scholarships: A Serious Handicap

The steps of its constitution

Aware of the delay in the creation of the Financial Market in comparison to the Uemoa zone, the Heads of State of CEMAC decided, in 1994 in Libreville, to create a Stock Exchange in Central Africa and entrusted its study to the Mauritius Stock Exchange.

After five years of study, the Mauritius Stock Exchange held a seminar in Douala in January 1999 to present the feasibility study on a Financial Market in Central Africa. It was attended by the elite of national, regional and international finance.

The conclusions of this seminar were:

Should it be pointed out that during this seminar, the question that everyone was asking themselves was to know where the future headquarters of the Stock Exchange would be located: Douala or Libreville? Or the eternal competition!

Meeting of CEMAC Heads of State in Ndjamena in December 2000. Although the item of the headquarters of the Regional Financial Market was not on the agenda, President Bongo asked his Peers, present in the Chadian capital, to add it.

The Cameroonian Head of State was absent and was represented at the Summit by the then Prime Minister, Peter Mafany Musunge. As he was not Head of State, he did not take part in the vote on the designation of the country and city to house the headquarters of the Regional Financial Market. Should it be stressed and recalled that this item was not on the agenda of this Summit? That’s how Libreville was chosen.

Furious at this decision, which took no account of Cameroon’s weight in the Sub-Region, either demographically or economically, President BIYA decided to launch the construction of the Cameroon Stock Exchange, with the immediate establishment of a start-up unit.

This is therefore the breaking point at the origin of the creation of the two exchanges in the CEMAC zone: the choice of Libreville as the headquarters of the Regional Exchange.

Official creation of Douala Stock Exchange and appointment of its General Manager, with the following main missions:

First listing on the Douala Stock Exchange Market: that of the Cameroon Mineral Water Company “SEMC”.

Choice of Libreville as the headquarters of Cosumaf.

CEMAC-Umac Regulation on the organisation, functioning and supervision of the Central African Financial Market.

Appointment of the General Manager of BVMAC, three years after DSX’s appointment

The Two Steps without Relief and a Nod to the BRVM

1) The N’Djamena Summit of October 31

Cosumaf thus retains its role as regulator of the Regional Financial Market, with headquarters in Libreville. Although Cameroon had created its own stock exchange with its own regulator, the Financial Markets Commission (CMF), it had continued to pay its contributions to Cosumaf and had even appointed representatives, which will obviously facilitate its operationality as a regulator of the Douala Regional Stock Exchange.

The Scope of these Measures and their Implementation Deadlines

Implementation of the Douala Regional Stock Exchange in June 2019:
Somewhat unrealistic time frame given the complexity of the operations.

Consequently, October 31, 2017 is an important and decisive step for the future of the CEMAC Zone Financial Market. This Market should thus receive a new impetus likely to enable the Sub-Region to return to growth, provided that….

2) The Prerequisites for an Effective Start

of The CEMAC Financial Market

Real natural assets, but a necessary diversification of economies to reduce dependence on oil: commitments have been made.

Currently effective since the Summit of Heads of State on 31 October 2017 in Ndjamena.

Very significant progress (in force in Uemoa since 1994!) to “boost” growth and regional integration.

An unavoidable step for any possible recourse by States to the Regional Financial Market. This consolidation will necessarily require, in the event of excessive debt, a “Securitisation” of domestic and foreign debts. This was the case in Cameroon in the 2000s. These securities could be traded in the “Over-the-counter” compartment of the future Douala Regional Stock Exchange.

The 32 shares included in the “BVA” came from President Houphouët – Boigny’s “invitation” to companies operating in Côte d’Ivoire to sell 20% of their share capital to Ivorians.

It is therefore these 32 companies that have been transferred to the BRVM and which currently form the basis of the 45 stocks listed on this stock exchange.

It is to be hoped that CEMAC, which had hitherto favoured “over-the-counter” trading, will take this path and transfer part of the States’ portfolio to the Nationals, provided, however, that the companies concerned are “in bonis” and not in deficit.

This is one of the key points for the future of the Regional Financial Market:

In total, we can currently see:

A training and, above all, an information campaign is essential to attract:

For example, BRVM has just launched its investment days, the “BRVM Investment Days”, which will lead it to roadshows on March 14, 2018 in Johannesburg, on May 2, New York and will end on September 20, 2018 in London.

Objective: to attract investors for the emergence of the Uemoa Sub-Region.

The same should be true for the Douala Regional Financial Market:

In conclusion, since 31 October 2017, the Financial Market has had a future. But, as there is by far from the lip service, there are still steps to be taken to make it operational. However, only political will can accelerate the pace of its implementation, reassure economic operators and thus enable the Regional Financial Market to play its role as an alternative and innovative financing method for better inclusive growth in the CEMAC Zone.