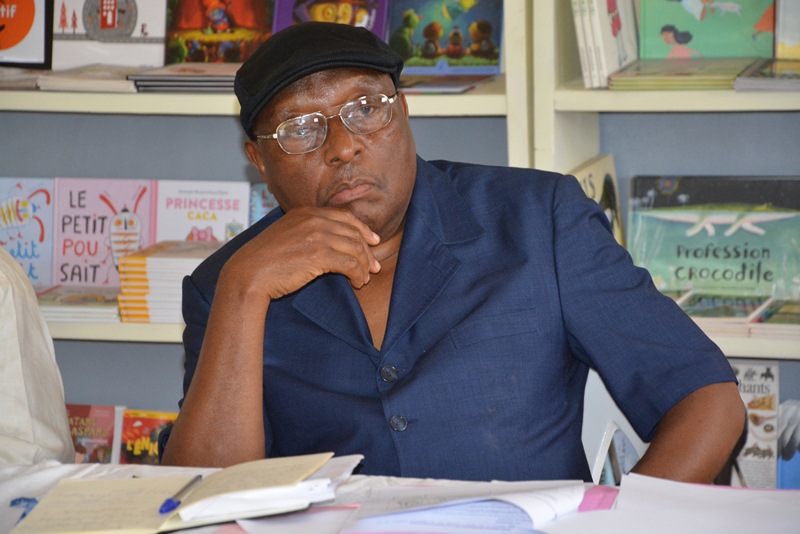 One life, from one challenge to another

This is the title of the latest version of Bernard PUEPI's Memoirs, published by a Parisian publisher in 2019.

A title sufficiently evocative of the personality and trajectory of the man I had the joy of getting to know, in such a short time!

Our first meeting will take place on December 15, 2015 at the Centre Sèvres in Paris, during a conference of the Institut Afrique Monde (IAM) of which we are both members.

Bernard, passing through France, presents at the end of the conference, a number of his books whose titles I am curious to discover on the stand. I am warmly and courteously welcomed by the author: my immediate interest in his publications is sharpened, all the more so as the themes addressed are topical in Cameroon, from which we both originate. Regular correspondence was established between the two of us in the days that followed, facilitated in part by Father Denis MAUGENEST, until my return to my native country a few long months later.

Attentive and particularly attentive to me, he received me on several occasions at his residence in the fifth arrondissement of Yaoundé, reassuring me about my initial concerns about the realities of the context that I was gradually discovering. In the modesty that suits him like a glove, he tells me that he is heavily involved in the workshop for writing the consolidated version of his Memoirs, of which he invites me to become one of the proofreaders. I do not immediately realize the significance of his request, which I gladly accept, in a good-natured enthusiasm. Bernard and I began an edifying journey, of an intensity that I still do not fully appreciate today.

Bernard will open his heart to me by telling me his life story, from the paths of Bayangam (his native village in the west of Cameroon) to the hills of Yaoundé, passing through the New Bell district in Douala where he lived as a teenager; his rapid passage to the University of Yaoundé after obtaining his baccalaureate; his training as a geometrician in Toulouse and the Paris suburbs; the course of his entire career as a civil servant and consultant in Cameroon. He will also become my page in the history of Cameroon, available and accessible to my many questions, which will quite simply transform our work appointments into conversations about (and from) life, with the amusement and benevolent complicity of his wife, "Mama" Julienne.

I met a man of rigour, a man gifted with an extraordinary capacity for listening, analysis and foresight, which led him to prematurely end his career as a senior civil servant, since the situational constraints of his time no longer allowed him to serve the State with loyalty and dignity.

He then embarked on the steep paths of politics, in an environment not very conducive to the emergence of independent and strong-minded personalities. He will have realized this in time, he who has never been a man of apparatus, to redirect his projections, by creating the Maison des Arts et de la Culture Yogam (MACY), a recently opened integrated cultural centre of excellence, in his Bayangam lands, of which I am a member of the board of directors.

It was Bernard, a man of rupture but of continuity, who, he said himself, had received much from life.

He was a man of heart, humble, generous and reserved.

He will have been a man of project, turned towards others.

Finally, he will have been a man of responsibility and combat, gifted with a great understanding of situations, drawn from his experience of life.

Bernard, you did not fail to keep in touch with me on a regular basis, to accompany me, in your own way, in my resettlement process in Cameroon.

I will miss your phone calls.

You will no longer stop by car in front of my gate on your way back from the morning mass in the church of Saint Peter's parish in Kong, held by the Spiritans, to pick me up, so that we can have breakfast in your pavilion, rereading and redoing with liveliness the news from Cameroon and the rest of the world.

You will no longer remind me of the need for a greater investment on my part in the IAM, whose progressive establishment in Africa you were a fervent militant supporter.

In the troubled context that is ours and that of the world, you have been and will remain a model of honesty, hard work and courage for all those who have met you and known you.

For the short time that our journey together has lasted (about forty-eight months), you have, in my humble opinion, embodied the virtues of an accomplished man.

You have just passed from the challenge of Life to that of eternity, after having fought courageously and with faith, in the discretion of your way of being and acting.